Our website uses cookies, as almost all websites do, to help provide you with the best experience we can.
Strona główna serwisu
MAGICZNY KRAKÓW
Otwórz menu

We invest in culture

Kraków's attractiveness stems not only from its places but also the people who build the City's culture, trying to take into account the needs of a diverse group of inhabitants and guests. It is also home to many festivals, many of which have rich traditions and regular audiences. Every year new projects emerge, including ones initiated by Mayor Jacek Majchrowski: Misteria Paschalia, Sacrum-Profanum, Museum Night, The Festival of Polish Music presenting the works of Polish music in world's greatest performances, and the Nations' Drama Festival. 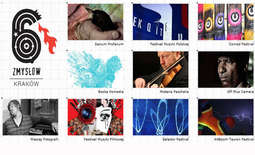 Every year the Mayor of the City of Kraków presents awards for remarkable achievements in science and culture, and founds scholarships for promising young artists. Every five years Nicolaus Copernicus' scientific awards are founded with communal resources.

During the term of Mayor Jacek Majchrowski several new cultural institutions were established. The new establishments in 2005 included "Łaźnia Nowa" Theatre which obtained its own premises at Os. Szkolne in Nowa Huta district in the building of the former workshops of vocational schools, and the KTO Theatre that had previously functioned as a club within the structures of the "Dworek Białoprądnicki" Culture Centre. For 20 years the KTO Theatre has organised one of the better known Kraków festivals: the International Festival of Street Theatres. In 2006 the "Cracovia Danza" Court Ballet was established as another city institution.

Operating since 1951 and previously functioning in rented premises, the Krakowiacy Song and Dance Band Cultural Centre has been operating in new premises at 4 Gertrudy Street since January 2006. The Historical Museum of Kraków established a studio for the documentation of the historical heritage of Nowa Huta district that was transformed into the Museum's Branch of "History of Nowa Huta" in 2005. Apart from the Jan Matejko Mansion it is the only museum facility in the Nowa Huta district. The studio is based at 16 Słoneczne Estate. The "Eagle Pharmacy" branch of the Historical Museum of Kraków has been restored.

In order to expand Kraków's cultural offer the Municipality purchased the buildings of former cinemas of "Związkowiec," "Światowid" and "Sfinks" for the purposes of cultural institutions.

In the building of the former "Enamel" Factory (also known as Schindler's Factory) taken over and adapted thanks to the efforts of the Mayor of the City there will be created the Museum Centre of Contemporary Art.

The alley at the city walls and the Barbican were rejuvenated. It is planned to conduct conservation works on the walls and making them available to visitors in the near future. The modernisation and renovation of the forgotten and devastated Czecz Mansion in Bieżanów is at the completion stage, and the building will serve as a community centre. Nearby there will be a house for senior artists.

With the contribution of resources of the Municipality of Kraków and the Social Committee for the Renovation of Kraków Heritage, conservation, adaptation and repair works started in the Krzysztofory Palace. Thorough renovation covered the representative room of the Palace, the Fountain Room with high-class stucco work by Balthazar Fontana. Considerable alterations were also made in historical basements, which revealed a unique perron that will be made available to visitors.

Upon the initiative of the Mayor, in 2006 the City Council decided to award resources for repairs in buildings that do not belong to the Municipality of Kraków. Take for example the corner townhouse at Bracka and Gołębia Streets, and the Przebendowski Palace at 13 Św. Jana Street. The rearrangement of the Planty Park included the conservation of the elevation of the Dominican Sisters' Convent with the Butcher's Gate and the painting of Our Lady of Sweden.